Learn About Colored Gemstones at Pawn Shops in Northern VA

Red, green, blue, and purple stones are rubies, emeralds, sapphires, and amethysts, right? Not exactly.  These familiar labels are actually trade names for certain color varieties of precious minerals that can occur in a wide range of other colors. The names are usually created in an attempt to make the stone seem more appealing—simple marketing attempts. Would you rather buy a ruby or red corundum? Some trade names—such as ruby for red corundum—have really caught on; others have not. (This is particularly true of names that contradict previous trade names: green amethyst or red emerald.) 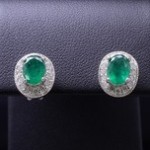 When it comes to naming, gem species are usually first given a name based on location, discoverer, or property of the mineral; these usually end in -ite—e.g. Labroadorite, tanzanite, or jadeite. The names you’re most apt to know are those given to varieties of those gem types. In addition to ruby, you have emerald for green beryl and amethyst for purple quartz. Many colored stones that look like these can be found in pawn shops in Loudoun, VA, but color isn’t what gives them the name, though that’s a common misconception; it’s all about the mineral. 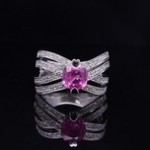 Other examples you might be familiar with include aquamarine (blue beryl), sapphires (most often blue corundum; other colors are less popular and not given trade names), amethyst (purple quartz), and emerald (green beryl). The aforementioned tanzanite (blue zoisite) was actually named by Tiffany & Company, because the company is big and powerful enough to make a name stick.

Next time you look at gems when shopping for jewelry in the DC area, ask a few questions. You might be surprised to learn which stones—like aquamarine and emerald, both beryls—are siblings.