Historical details regarding fine jewelry are often sketchy, but one thing is certain: We’ve been adorning ourselves with precious metal and jewels for more than 5000 years. Discoveries of jewelry—impressive hammered, soldered and engraved gold pieces inlaid with jasper, amethyst, turquoise or lapis—in tombs in Egypt, Iraq, and Mesopotamia have been dated to as early as 3000 BC.  We’re not saying you’ll find jewelry like that in pawn shops in Northern Virginia, but you might find some great antiques.

Trade likely took jewelry from Egypt to Greece, where Greek artists—also influenced by Asian filigree designs which reached Crete around 2400 BC—combined gold and enamel, and used filigree to create centerpiece rosettes, tassels, and disks. As eastern Mediterranean races began trade with Celts and Brits, these metalworking techniques arrived in northern Europe. Irish graves have yielded many gold artifacts, as the metal was once abundant there.

By 1200 BC, goldsmithing had migrated south and west, where Europeans also began favoring bronze. The brooch—featuring enamel, stones, and cloisonné—appeared as both a decorative and functional piece for binding clothing. 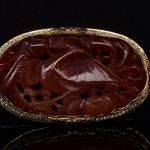 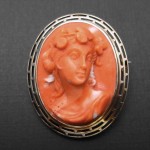 By the 7th century BC, the Etruscans of central Italy began the country’s ascent to gold dominance when they refined the granulation technique, meticulously welding grains resembling gold dust into various shapes. Later, gemstones were substituted for the metal designs.

Through the Hellenistic period from 330 BC to 27 BC, garnets, chalcedonies, emeralds, amethysts, and pearls were the rage in Greece, especially paired with now-plentiful gold. Greek craftsmen journeyed to Italy, where colored stones continued to reign, the fervor enduring beyond the fall of the Roman empire.

Over time, jewelry became more integral to culture and dress. Formation of goldsmith guilds gave it status as a bona fide art. In subsequent centuries, diamond jewelry became the classic fashion it is today, while a distinct trend toward fashion jewelry emerged, and European designs migrated to America. 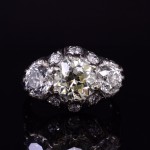 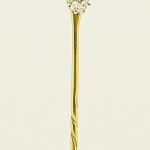 Today, every time we don a piece of jewelry, history lives on, as we accessorize with the same metals and stones that have been worn, literally, for ages. Let us help you with all your needs when you buy jewelry in Loudoun, VA.