Finding a Wedding Ring at Pawn Shops in Northern Virginia

When you and your betrothed choose wedding rings to symbolize your love, you instantly become part of a rich tradition steeped in history. Nearly 5000 years ago, ancient Egyptians began weaving rings from plants they found growing along the Nile River, creating circles that stood for the wholeness and endlessness of the union, with openings that represented gateways to the future. You can find rings of all kinds at pawn shops in Northern VA and pawn shops in DC.

Obviously, the crude rings fashioned by the Egyptians were regularly outlived by the matrimonial bonds they represented. Over time, ivory, leather, bone and other sturdier materials gave way to metal — lead, iron, copper, brass, silver and finally gold — wedding rings that would serve as more permanent emblems of promise.

Through the years, as wedding ring designs evolved, becoming thicker and thinner, or sporting gemstones, inscriptions and love knots, one thing remained constant: They were nearly always worn on the third finger of the left hand. The Egyptians, and later the Greeks and Romans, believed that an artery — vena amoris or, literally, “vein of love”  — led directly from that finger to the heart. Though science later disproved this theory, the tradition survived through modern times, and now people buying jewelry in Loudoun, VA still look for rings to mark engagements. 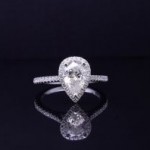 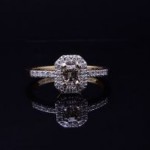 Rings came into use in Christian wedding ceremonies as early as 870, but primarily for women; in fact, until the advent of World War II, it was uncommon for men to wear symbols of their marital vows. That changed as men heading off to war donned the rings, eagerly embracing the physical reminders of their wives back home. Double ring ceremonies continued to skyrocket in popularity through the Korean War and haven’t waned since.

Today, though brides and grooms infuse their commitment rituals with creativity, they’re almost sure to include that permanent token of eternal promise — the wedding ring, in any incarnation — which remains part of a tradition that appears as everlasting as the love it represents. 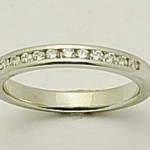 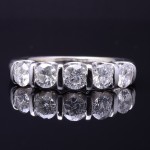