You’ve seen them—those brown diamonds—and you know they’re unusual, but do you know anything about their history? They come from Le Vian, a family with a jewelry making history that goes back to 1500 Persia, and continued to grow as they renown as jewelers to royalty and beyond. In 1922, Abdulrahim Ephraim LeVian was born in Mashad, Persia, and it was he who founded the United States Le Vian company in 1950. 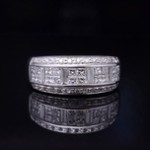 Le Vian’s business acumen and foresight with gemstones earned him industry respect in no time. In the seventies and eighties, he was known as the King of Turquoise; in the nineties, World Leader in Tanzanite. His business always focused on quality, even as he branched out into more affordable price points. 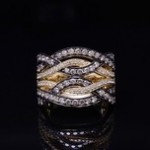 Eventually, Le Vian became intrigued by the brown diamonds he saw coming out of Australia; because of their color, many jewelers thought they were of inferior quality. As with any diamonds, there are poor color brown diamonds, but there are some—fewer than five percent—that are actually 10,000 times rarer than their white counterparts. Le Vian saw this, carefully cultivated these stones, an introduced the coveted “Chocolate Diamonds” brand in 2000 and had it trademarked in 2009; these are brown diamonds of only the highest quality. When paired with white diamonds, these designs are visually stunning in their contrast and brilliance. At Loudoun Jewelry on Maple Avenue, we often have items from this line. Please come in and take a look!