Everyone knows Rolex and Cartier, but Zenith has a pedigree of its own, and the company’s watches are worth a look. In 1865, the company was founded by Georges Favre-Jacot, who revolutionized watchmaking when he instituted the concept of the Manufacture, whereby all watchmaking professions worked together to create timepieces. The first chronograph came out of the Manufacture in 1899, and won a gold medal at the Paris Universal Exhibition the following year. By 1911, Favre-Jacot had officially adopted the name Zenith to represent the highest point. The Zenith Manufacture employed 1,000 people in 1925, and the company was called “the Manufacture with 2,000 gold and silver hands.” 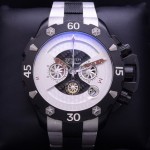 In 1948, Zenith launched the watch that has won no fewer than 235 prizes: the Calibre 135. That was topped in 1960 by the Calibre 5011K, which claimed record-breaking precision. In 1969 came the El Primero, the first ever integrated automatic chronograph movement and the world’s most precise series caliber—still. Everything seemed on track for long-term success, but in 1975, the company that owned Zenith wanted to limit production to quartz watches only. To save the plans, parts, and tools used to make Zenith’s legendary mechanical calibers, watchmaker Charles Vermot hid them all! When mechanical watches came in vogue again in 1984, Vermot revealed what he had done, and El Primero went back into production. Indeed, in 2010, the El Primero Striking 10th was introduced. 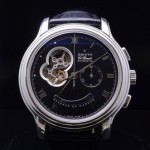 With credentials like this, Zenith has remained the forefront of watches, and collectors know then value of these pieces, which you can frequently find while shopping at pawn shops in Northern Virginia.