It’s hard not to be intrigued by a company that names its watches ‘Avenger Seawolf,’ ‘Airwolf Raven,’ and ‘Bently Motors’ to name a few.

Breitling, a respected name in watches, is well known worldwide for its amazing workmanship and quality. The company was founded in 1884 by Leon Breitling in the Swiss mountains. Breitling, known as the ‘inventory of the modern chronograph,’ initially intended his watches for pursuits in sports, science and industry and soon found a following for his precision timepieces.

The company’s watches also functioned as timers. They patented the first independent chronograph pushpiece in 1923, providing excellent racing timing as well as calculating flight times. The company continued to refine their timepieces and in 1984 invented the first self-winding chronograph movement. 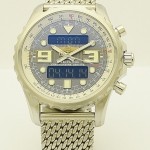 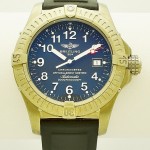 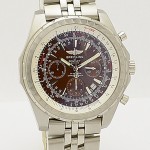 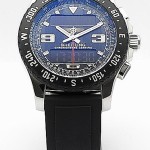 Today, Breitling is a brand leader in mechanical chronographs and has also developed high-tech instruments for aviation. In fact, Breitling has specialized in aviation timepieces, onboard chronographs intended for aircraft cockpits, throughout the years. The armed forces made good use of this technology including the Royal Air Force who used them in their WWII propeller-driven fighter planes.

In the 60s, a Breitling became the first chronograph in space. In the 50s and 60s, Breitling’s onboard chronographs were standard equipment as commercial aviation expanded. Today Breitling remains connected to aviation through associations with great airshows and restoring legendary aircrafts.

To checkout Breitlings in person, stop in and see the amazing selection at Loudoun Jewelers in Loudoun, VA. If you are selling jewelry in McClean, VA, or looking for a great watch, Loudoun Jewelers has something wonderful in store for you.