The wonderful thing about garnets—aside from being able to find them in abundance when you shop for jewelry in the DC area—is that they allow us to wear beautiful red gemstones in our jewelry at a fraction of the cost of rubies. The deep-red colored garnet is indeed the most frequently found shade—including in our selection of garnet pieces at Loudoun Jewelry on Maple Avenue—but did you know that garnets can also be found in green, yellow, orange, and other earth shades? 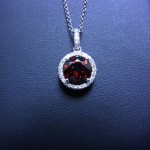 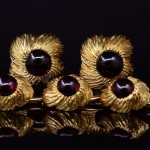 Garnets also have excellent wearing quality, as they are relatively hard stones; this is why so many of them have survived to be found in antique and estate pieces, like those you’ll find in pawn shops in northern Virginia. (Garnets have also been found in jewelry from ancient Egypt, Rome, and Greece, but we don’t have any of that!) They are also highly refractive, which imbues them with such brilliance that Noah is said to have used a garnet lantern to help him steer the ark through dark nights. Early explorers and travelers also sought garnets as good luck charms, as it was thought its light had protective qualities. 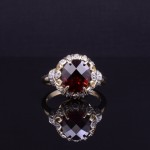 Throughout the years, the garnet—whose name comes from Latin for “granum,” or grain—has been given nicknames like Arizona ruby, Arizona spinel, Montana ruby, or New Mexico ruby. We just like to call them beautiful, and hope you’ll stop by to see our collection at our pawn shop in Loudoun, VA.