A Special Mother’s Day for Those Who Buy Jewelry In Loudoun, VA

Mother’s Day origins trace back to the ancient Greek and Romans. Then, in the United Kingdom, a Mothering Sunday was celebrated. According to this Mother’s Day site, the tradition almost died out completely by the 1800s. Celebrations began again after WWII.

The celebration was pioneered by Julia Ward Howe and Anna Jarvis. Howe, who also wrote “Battle Hymn of the Republic,” suggested an official celebration for Mothers Day in the US in 1872. She hoped it would be dedicated to peace. She championed the idea through many years and promoted it tirelessly on the second Sunday in June. Her idea did spread, although it was moved to May.

Anna Jarvis is known as ‘the Mother of Mothers Day,’ although she never married nor had children. Her inspiration came from her own mother who felt that all mothers should be honored. Jarvis’ mother died in 1905 and Jarvis resolved to make Mothers Day a reality. And she did; in 1911, Mothers Day in the US was celebrated in most states. President Woodrow Wilson designated the second Sunday in May as Mother’s Day in 1914.

Today, Mother’s Day or the Festival of Mothers as it is also known, is feted in more than 46 countries on various dates.

While Mother’s day is typically known for cards and gifts, the day really sparkles for Mothers who receive the special gift of jewelry. Loudoun Jewelry, Maple Ave., is a great place to shop. A pawn shop in Northern Virginia, Loudoun offers a wide selection of jewelry in various price ranges. A few samples are shown below, perfect for Mother’s Day, in a variety of budgets. 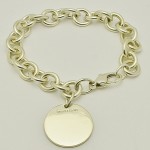 Tiffany and Company Charm Bracelet, Only $160 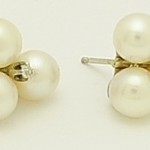 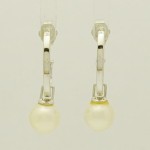 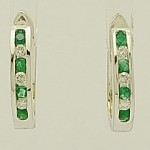 Emerald and Diamond Earrings, Only $195 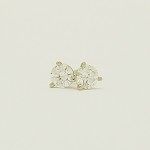 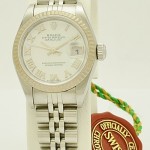 These are just a few ideas. Visit Loudoun Jewelry online, stop by on Facebook, or stop in and see what’s new in inventory. Mother’s Day, however you choose to celebrate it, is just around the corner!